The university arose as an educational institution in medieval Europe. This is not an accidental detail in the effort to understand universities, because no educational institution stands apart from the society that gave it birth and the assumptions that underlay that society’s view of reality. The medievals had been heirs to a long educational tradition going back to the Greeks. Through an involved process lasting many centuries, the Church sifted the educational practices of the ancient world, embracing much of the Greek ideal and giving it a new and deeper life by undergirding it with a Christian metaphysics. The medieval university was a natural expression of a Christian understanding of things, arising from the idea of a God who transcended the world, who created the world with a clear purpose, who expressed himself most fully in the logos, in rationality and order, and who fashioned humanity in his own image to participate in his life. Such a view conferred a tone of seriousness about life in general and especially about the life of the mind. The implications of these fundamental principles of faith were seen in every aspect of the medieval university’s life, from the ordering of its studies to the care of its students.

Over the centuries the Church developed a rich intellectual tradition founded on what were understood to be the twin sources of genuine knowledge: truths discovered by human reason and truths revealed by God and grasped through faith.1 At the university, the ordering of the mind was wrought out and passed on to a rising generation. As such, the medieval university emerged as one of the three key institutions by which Christendom expressed its quest for coherence and unity. Around the Papacy was ordered the world of faith; around the Empire the concern for temporal governance; and around the University the life of the mind. An example of the university’s cultural importance can be seen in the fourteenth-century crisis of a divided papacy. When Europe’s political order was separated into opposing camps in support of two (and for a time three) different popes, such that the fundamental unity of Christendom was in jeopardy, Christian society turned to its third source of unity, and a way to heal the divisions was found through the universities. It is hard to imagine contemporary universities bearing that kind of cultural and social influence.

A great change in the understanding of humanity began to grip the European mind during the latter part of the seventeenth century. At first involving only a small number of educated people, this new way of thinking increasingly dominated the upper classes and broke violently upon the social and political life of Europe at the time of the French Revolution. The new revolutionary ideas were philosophical and anthropological as well as political, and so they necessarily gave rise to new schemes of education.

The change made itself felt institutionally wherever the new anthropology triumphed. In France, the Christian universities were forcibly shut down (1794) and new ones were founded on a different basis. (The French have always had a penchant for the clarity of the guillotine.) In Germany, the process was less abrupt but ultimately no less decisive: the University of Berlin (1811) represented the vanguard of a new anthropology and a new theology. In England, the University of London (1826) was established by Enlightenment philosopher Jeremy Bentham to express the new educational ideals. In the United States, the University of Virginia (1818) was founded by Thomas Jefferson with the same goal. These institutions continued to call themselves universities and carried on many of the functions and even many of the traditions of the Christian universities that preceded them. But because they were rooted in a different philosophy or set of philosophies, they went at their task in momentously different ways. This led to the emergence of two fundamentally different kinds of universities, each founded on a particular set of assumed a priori principles concerning the nature of humans and the best way to achieve human salvation and progress. This way of putting things, while true in an ideal-typical sense, does not mean that those who ran and worked in the universities immediately perceived the choices they were making as enactment of such principles. In the midst of the philosophical confusion of the last two centuries, many universities have maintained themselves at some level of intellectual incoherence, forging an uneasy alloy of Christian and secular Enlightenment ideas. But institutions tend to consistency over time, as their essential principles work themselves out through the generations.

Important as the university was to Christian society, it continued to be a vital social institution for those pursuing an Enlightenment ideal, in theory perhaps even more important than it had been for Christendom. In the emerging enlightened world, the human race would be saved not by repentance and faith in God but by the application of knowledge to the problems of the world. Knowledge being the instrument that would further human progress toward perfection, universities were the obvious institutions in which to carry on that saving work. Secular universities thus took on the social significance of what church bodies were for Christendom. Professors, purveyors of a new gospel, were the new clergy; initiation into knowledge was the new baptism that would renew humanity; and the PhD – original research that would conquer yet more knowledge for curing the world’s ills – became the new qualification for the role of mankind’s benefactor.

Currently, most of the institutions of higher education in the West have abandoned their Christian basis, along with their Christian intellectual vocation, and have embraced some version, usually confused, of Enlightenment dogma. Protestant colleges and universities in the United States largely underwent this shift during the late nineteenth and early twentieth centuries. Catholic universities got into the act during the second half of the twentieth century. As the anthropological bases of the society grew ever more confused, universities ceased to be united by any integrated educational philosophy and could no longer embody or offer to students an overall understanding of reality. They therefore seriously reduced their aspirations, and they instead increasingly sought their institutional unity as businesses that offered technical training and provided certain social and career advantages for their students. Many inside and outside the academy have rightly decried the rampant bureaucratic growth and accompanying cost of the managerial and administrative aspects of the modern university, in which students are viewed simply as consumers whose tastes and desires are to be catered to for the sake of gaining their cash, while faculty are relegated to the margins of the university’s concerns except insofar as they further or impede its progress as a successful business. But in the absence of a clear ruling philosophical vision, some such development was inevitable. This modern type of university has become so dominant as to be thought the only one possible, even among many Christians. Most Catholic universities continue to express some concern for the liturgical life of students, and there are often moral themes present (though these can tend to be confused and insipid), but the specifically intellectual project of the Catholic university, based on Christian first principles, has largely been abandoned.

There are many obvious problems with this situation. Here are two. First, in terms of impact on the Church, the disappearance of the Catholic university (as expressed above) has meant that the Church has been left impoverished in its intellectual life and has been made vulnerable to many currents of thought that tend to undermine its fundamental principles. The loss of its universities has also made it difficult for the Church to pass on its intellectual and cultural heritage to a rising generation of Catholics. Second, as regards the impact of this development on the wider society, the inherent weaknesses of liberal Enlightenment thought concerning God and human nature have had a deleterious effect. In everything but the technical disciplines (conceived in narrowly utilitarian terms), they have left modern secular universities intellectually barren and morally incoherent, the inevitable outworking of a flawed philosophical grounding.

We thus face a situation in which both Christian and secular universities are facing a serious crisis: Christian universities because they have forgotten their fundamental principles and secular universities because their anthropological assumptions are inadequate for sustaining serious intellectual activity. By whatever road we may have arrived at this point, it is clear that Catholic institutions of higher learning need a different way forward, a way by which the university is founded on the truths of God, humanity, rationality, and learning provided by a genuinely Christian view of reality. A philosophical and cultural re-founding of our universities is a necessary task and will involve more than simply attempting to go back to an earlier model. It will mean working Christian principles of anthropology and epistemology into the current cultural and educational context, in what will no doubt sometimes be new or reworked institutional forms.

1 “There is a twofold mode of truth in what we profess about God. Some truths about God exceed all the ability of the human reason… but there are some truths which the natural reason also is able to reach” (St. Thomas Aquinas, Summa contra Gentiles, c. 3, par. 2).

This article is the third of a five-part series drawn from The Vocation of the Catholic University Professor, published by the University of Mary (2020).

More in The Catholic Intellectual Tradition 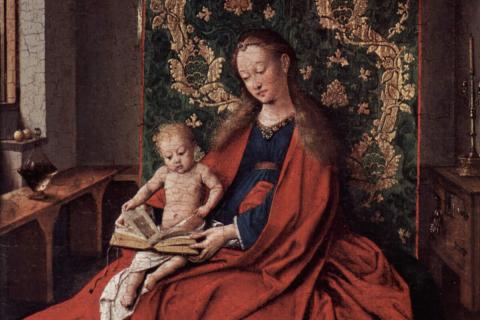 Every educational program demands a specific image of the human person and human flourishing and is founded upon a particular philosophical – even theological – understanding of the world. 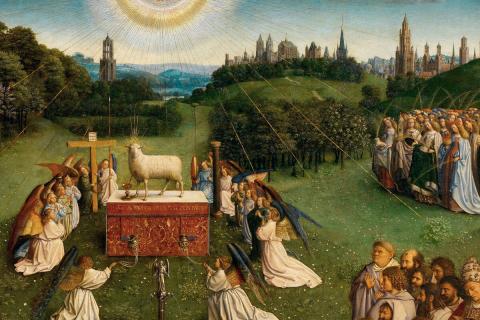 Foundational Principles of a Catholic University

Catholic and secular universities are founded upon strikingly different assumptions concerning the existence and action of God, the proper bases of knowledge, and the doctrine of the Fall.

All in The Catholic Intellectual Tradition